Recently I’ve written a few articles about blockchain tecnology and bitcoin. Bitcoin, the cybercurrency, and blockchain, the technology it is built on, bring new possibilities when you’re developing apps, websites and mobile technology for your business or service.

I thought it would be good to have a look at a few of the apps that use bitcoin. These apps fall into different categories.

For those who own any of the currency, having real time information about its value is crucial. But what makes this app of note is that it topped the chart of paid-for finance apps in the Apple store last week. For an bitcoin app that solely tracks cryptocurrencies, and is paid for, to make the top of this list shows how much bitcoin is coming into the mainstream. 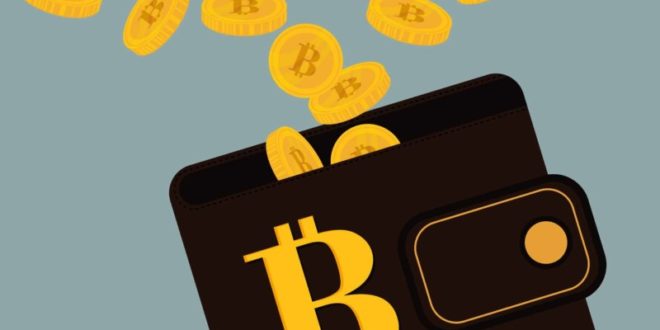 The app tracks multiple currencies and presents the information in detailed interactive graphs, which can be fully customised. It is also compatible with Apple watch. You can also use the app to request bitcoin with a QR code.

Coin ATM Radar is a website which gives users the location of their nearest bitcoin ATM and exchange services. With their Android and iOS app, you can find your nearest ATM while out and about.

As well as their map of bitcoin ATMs, the app will give users details of the ATM. This includes any fees, limits and the bitcoin ATM type. The app covers most bitcoin ATM types including Lamassu, SkyHook, Robocoin, BitAccess, Genesis Coin, and GeneralBytes.

This is a great resource and shows the growing network of ATMs as the popularity of cryptocurrencies continues to grow.

Fold is currently in beta. However, as one of the few bitcoin app with major retailers on board, it seems worth including in this list.

Fold, currently testing in beta with Starbucks, allows users to ‘spend bitcoin in the real world.’ With Target, Whole Foods and Starbucks already signed up as partners, users can pay with bitcoin in large retail stores.

In order to pay, users load the amount of bitcoin they want to spend into the app. It then generates a barcode that can be scanned to pay at the till.

This bitcoin app is the first to have larger stores on board. As bitcoin becomes more mainstream there is an increasing need for more stores that will accept the cybercurrency. Fold is making this possible.

Gilph is a marketplace where you can buy and sell products or services using bitcoin. You can also join communities on the site and message securely to groups and friends.

Gilph offers payment by bitcoin. You can connect your Coinbase or Blockchain.info bitcoin wallets to your account. You will then be able to check your balance, send bitcoin to others users, and scan QR codes to spend bitcoin wherever it is accepted.

The site describes it as ‘your Swiss Army knife for bitcoin’ and it certainly gives you options to connect and trade with other bitcoin users.

SaruTobi, which means ‘monkey flying’ in Japanese, is a game where players can earn themselves bitcoin. Players swing Tobi from vine to vine collecting bananas and bitcoins as they go. The game is one level which gets progressively harder. The aim is to swing as far as possible. You can swap your bananas for power ups to help you along the way.

By playing the game, users collect coins. At the end of the month the ad revenue from the game is converted into bitcoin and distributed to users. Those with the most coins get the most bitcoin. Occasionally you can also take advantage of in-game bitcoin tips which are sent instantly.

Combining an addictive game – think Flappy Bird – with the chance to earn bitcoin is a great way to introduce bitcoin to a new audience. Players will no doubt try the game, earn bitcoin, and want to find out more about how they can use the currency outside the game.

You know when something has gone mainstream. There’s usually a game that gives you the chance to play along. In Bitcoin Billionaire you trade and sell virtual bitcoins. As there are no actual bitcoins used or traded in this game I’ve added it as a bonus to the list, just for fun.

You start with nothing, and the idle tapping game give you the opportunity to build up a fortune. If you want to you can exchange your run down things for luxury versions as you mine more coins. You can also virtually mine bitcoin when you’re not playing. Options for upgrades include the opportunity to buy a T-Rex as a pet!

While you are not mining actual bitcoins, the game is fun. A great way to experience the boom of bitcoins without the risk!

With the rise in the use of bitcoin, it is great to see so many apps that make it easy to spend your bitcoin, as well as giving a great user experience for bitcoin users. Now is a great time to consider how you might want to add bitcoin to your app development project in order to access this growing market.