Despite the benefits of native development over cross-platform mobile development, many companies hesitate to make native applications for each platform. One reason is that this involves hiring different specific development teams. Or having to find a half-way development process capable of exporting the app to both platforms.

Quite often, users are aware of how long it can take for an application to be available on their platform. This happens because the app is released for a particular operating system at first and then tested to identify its faults.

WANT TO CREATE AN APP? TELL US ABOUT YOUR PROJECT!
Then, once all the required changes have been made to be certain that the app works perfectly on such a platform, the app will be translated onto the next OS that the company is aiming at.

This implies spending time and money in a way that can be excessive for many companies. This is the reason why different alternatives arise that enable developing apps in several platforms at the same time.

Xamarin or React Native are some of the most interesting cross-platform options available. And most importantly, Intel has recently introduced its cross-platform engine: Intel Multi-OS Engine.

Xamarin is based on C# while React Native is based on JavaScript. The latter is the natural option for those who are comfortable with Java since it’s the language chosen by Intel for its environment for cross-platform developers.

The most interesting thing about this engine is that we will be using the same IDE as Android Studio, as it’s an independent plugin integrated into Android Studio.

We will also be able to use the tools provided by this engine to configure this project as an iOS application. This will allow us access to many iOS APIs, to use Interface Builder and XCODE or even to generate Java code for iOS libraries automatically.

As expected, when developing an app for Android we’ll be able to take advantage of all the aspects that native development offers. This is so because the IDE is the same as in Android Studio. We are not switching between programming languages.

It’s a good idea to get to learn several aspects described in the development environment’s formal documentation, as we will have to take them into account:

Intel’s development engine is currently at a Technical Preview stage and is completely free of charge. All of the above is available at Intel’s official site.

It suits anyone who is starting with Android app development and wants to get started with iOS app development. This is much easier now thanks to Intel’s cross-platform development engine, which will allow us to create iOS apps without the need of working on a MAC.

How is the current cross-platform development market doing?

Our colleagues at VisionMobile conducted a survey asking application development professionals about which platforms and languages they use.

A large percentage of developers chose to programme on Android, as we can see straight away in the following image. They chose Android over any other platform. But on a more broad scale, development professionals choose Android and iOS in equal measure in North America, Western Europe, Israel, and Oceania.

Finally, this image also shows that many developers start programming on Android — either professionally or as a hobby. This is something that is virtually non-existent in iOS.

It gives us a glimpse of the market’s current state. Also, Intel’s new platform can prove a breakthrough for developers aiming at cross-platform applications.  It enables developing an application for both Android and iOS simultaneously.

Which languages are currently the most widely used? 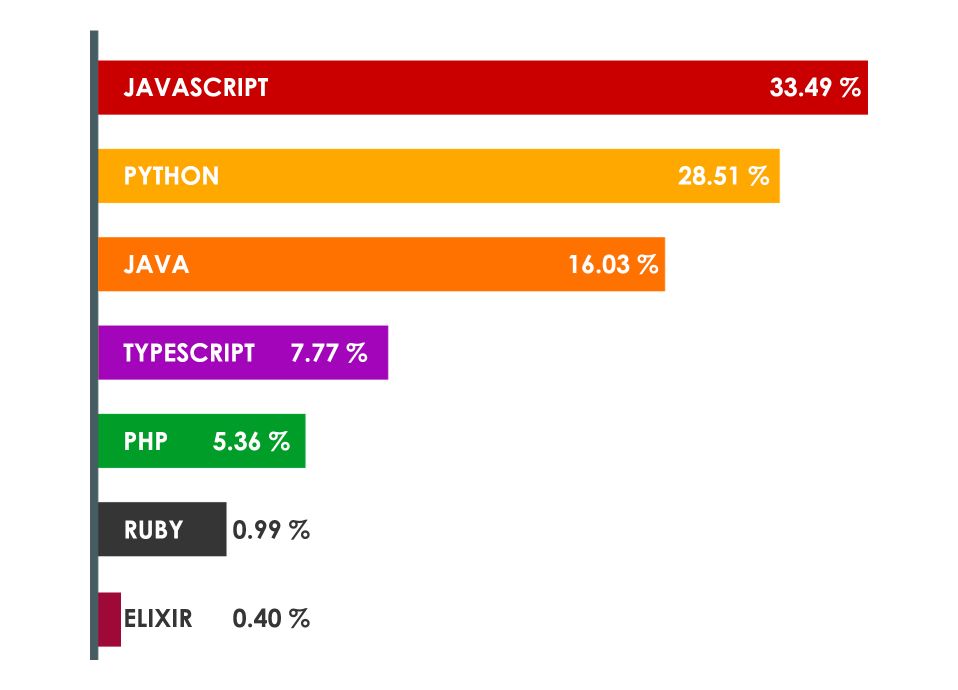 This image shows that C# is one of the most widely used languages by application developers. PHP comes in second and Java is third. This explains Intel’s decision to choose Java as the language to develop applications for both Android and iOS simultaneously.

We can also see in the image’s chart that C# is used for Windows mostly. Java is present in all operating systems, so it can reach out to all devices. Notwithstanding that it’s a very well-known programming language for application developers around the world.