Home » Design » When it comes to how to design an app... Avoid these mistakes!

The app development industry has been growing exponentially in recent years. And − as a result of this growth − the number of jobs related to application programming and to mobile app design has also increased. But how to design an app?

In fact, a report on the app industry carried out by Ditrendia reveals that there are currently more telephone numbers than people. And according to the latest study by The App Date (October 2015) there are 27.7 million active mobile application users in Spain. And 3.8 million app downloads are made every single day.

Therefore, plunging into the app development industry is a complicated task in which there’s no shortage of rivalry and competition but that seems to be obtaining a very good response from consumers and mobile users. So once I’ve developed my app properly… How do I avoid failing and how to design an app that succeeds?

How to design an app? Most common errors

To spot an error when developing apps is easy: we can find it just with preliminary testing and with error reports coming from users and then fix it.

But with this entire app ‘boom’ going on it’s possible that even the most ambitious and seasoned experts don’t fully ace their task and unwillingly commit an error when designing apps. And an error in app design can seriously affect the mobile app’s brand and image. The worst bit is that we may not even detect it.

We want to gather the most common errors in mobile app design in this article to give you a starting point towards engaging the challenge of designing a successful mobile app. These tips are not only useful for designers but also for mobile app developers themselves, who should take them into account before starting to develop the mobile project.

Error No. 1: Not thinking about the app’s flow

We know perfectly what an app’s user-friendliness is all about, but an app’s flow goes far beyond. We’ll be making a huge mistake if we start to design the application without thinking first about the flow of activity that the app’s user will be carrying out. Define a very simplified workflow of the app before you get started with app design or with the app’s development process. 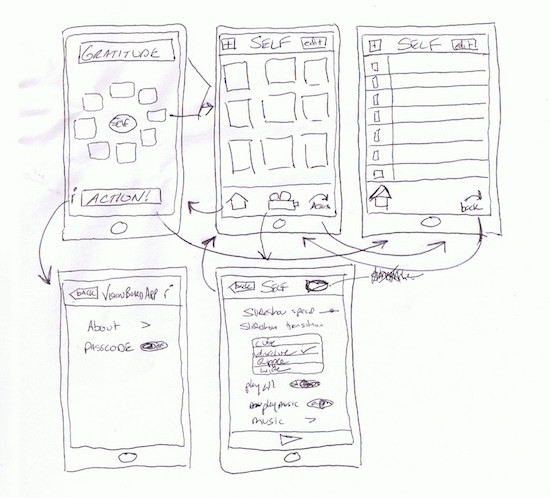 One way to improve the app’s flow is placing its functional bits at the top of the screen, to be seen at a first glance, rather than hiding them under dropdown menus or the like. If we skip the workflow definition part, we’ll be designing rather blindly on the go and end up with a tangled mess in which our users may get lost.

Error No. 2: How to design an app for several platforms at the same time

One of the main issues when developing an app for several platforms is that all the matching updates should go hand in hand. However, that may pose a greater investment of time and money. So what should we do?

Google Store surpassed Apple’s store regarding the number of applications in 2012 and this difference keeps on growing. So it seems that Android is a good market to implement the first changes and updates of our app.

Finish your app on Android first, as this way it will be available to a higher number of users. And then work on your app’s new design for iOS and other platforms.

Error No. 3: Don’t expect the user to register himself without providing something valuable first

When designing apps, note that demanding a compulsory registration (social or e-mail) will always be a barrier for the user, because many of them will not be keen to give their data away or will prefer simpler alternatives.

If your app doesn’t offer something truly valuable that makes wasting time on registering something worthwhile for the user, don’t incorporate it to your app’s design. And even if your app requires registration, show your user what you’re offering him before you ask for his data. You can show this through the app’s description and screenshots in the store or through the app’s on-boarding.

Error No. 4: Not attributing on-boarding its proper importance

Our app needs to be attractive to our user from the very beginning. If we have incited him to download our app, now we have to get him engaged with it through its presentation. So not attributing importance to on-boarding could result in a loss of users. Specially in case they don’t understand the app at an initial stage.

Designing a proper tutorial to be shown when the app is executed for the first time is often the most commonly used option. However, there are many ways to do this: we could indicate the options available or what can be done in the app through pop ups, interactive messages or slides. Remember that the important thing is to prevent the user from losing time and giving him − at once − valuable information so that he gets acquainted with the app by using it. 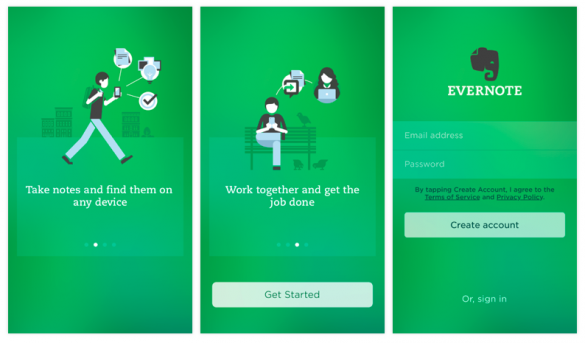 Error No. 5: Not considering UX as the most important aspect of app design

It’s undeniable that user experience is the most significant aspect of mobile app design. A beautiful design is useless if it’s not useful and functional for the app’s user. There are designers available who are experts in UX and UI, so hiring one who can bring together design and user-friendliness is ideal to rear a mobile project towards success.

Error No. 6: Not having a consistent design

Define your app’s features, actions and sections. Don’t use different names for the same thing; don’t make your user dawdle about by changing colours, styles, titles… The idea is to have a consistent design that highlights your app’s simplicity.

Error No. 7: Incorporating too many features

Don’t incorporate unnecessary features to your app; focus on your app’s purpose and on your ‘target’. It’s best to start with a single feature and then add more of them gradually than the other way round.

Think about which features define your app: those are the ones with which you should start the development process. Design buttons with icons that are recognisable to the users. If a button’s purpose isn’t self-explanatory just by its icon, you can always add a short and simple text to explain what it does.

Error No. 8: Using animations as intros

Animations are almost forbidden when it comes to app design. They distract the user and divert attention away from the app’s purpose. Using static images to illustrate your mobile application is a much better option. If you still choose to include one, make sure that it’s a small-sized one that doesn’t take too long to load. And there’s no point in including it if it’s not attractive, fast and brings in something to the user.

Error No. 9: Carrying out the app’s beta testing yourself

It’s quite clear that you have to be testing the app while you’re carrying out its design and development to make sure that everything is correct. However, the app’s beta testing should be done by someone who isn’t related to the project. We need to ensure that all aspects of the application are unfolding properly, both in terms of design and of user experience.

Error No. 10: Having buttons or interaction areas that are too small

There are many different screen sizes: large and small, wide and narrow… So we must consider that buttons or interaction areas must not be too small when designing them. If they are too small, it will be very difficult to perform actions in some devices.

Error No. 11: Keeping the user unaware about what is going on

When carrying out certain actions, the user must sometimes wait until the information gets loaded onto the mobile app. It’s advisable to design an indicator of the action’s progress to keep the user informed about what is going on.

White spaces in app design are like oxygen to people. Don’t be afraid to have wider spaces between buttons or elements. The app has to ‘breathe’. Don’t compress all the app’s elements on a single screen; move some of them onto another one, if necessary. 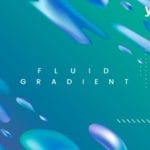 Motion Design: The Latest Trend in App and Website Design 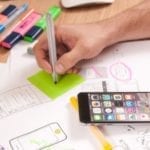 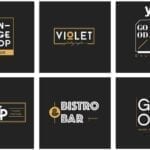 App Design: the importance of fonts in mobile design How to design a website? Concepts, trends and first steps 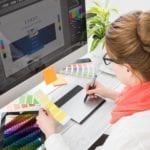 App design 101: all you need to know about mobile app design App design, why it matters to users and how to do it How to design m-commerce applications? Screen, colours and typography: basic elements in apps design