Home » App » How to make an iOS app: pieces of advice to keep in mind

We discussed how to create an app for Android devices a few days ago. We now have to focus on the other piece of the “app” pie: how to make an iOS app. When analysing apps by operating system, iOS applications are second in number only to Android apps.

If you have already read our Android app tutorial, you may want to know more about how to make an iOS app — especially if you are thinking about creating a corporate app. Well, let’s be clear about it: the process is essentially the same but there are aspects to it that differ and must be taken into account. 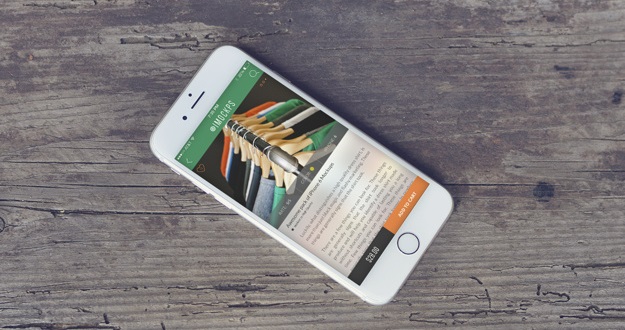 Steps for creating an iOS app…

They are virtually the same as for any other mobile app project. We’ll mention them again briefly, to help out the most forgetful amongst our readers:

Creating an app for iPhone

Let’s focus first on creating apps for iPhone. In terms of mobile devices, iPhone is the apple of Apple’s eye, so to speak. Paying due attention to this device is therefore advised. We realise at a first glance completely that designing an app for iOS will entail some differences with its Android counterpart.

Creating an app for iPad

AppDesignBook also lets us know that we have to take readability and resolution into account when it comes to creating apps for tablets such iPad and the like. The kind of typography and images that we choose for iPhone may not work for iPad.

Precisely along the same lines of the previous points, design becomes more important than ever when creating apps for iOS. Apple has put down some tips on good iOS app design in a design guide issued in 2014. It was issued some time ago, but many of its tips still remain valid:

It’s the first thing the user sees of your app. You should, consequently, focus on creating an icon that stands out from those of other apps. Bear in mind that all Android icons are embedded in a square with rounded edges. So, don’t insert a photograph or too much text in them. Check that the icon is recognisable in all its given sizes, even when reduced. And it’s paramount that you are creative when designing it. 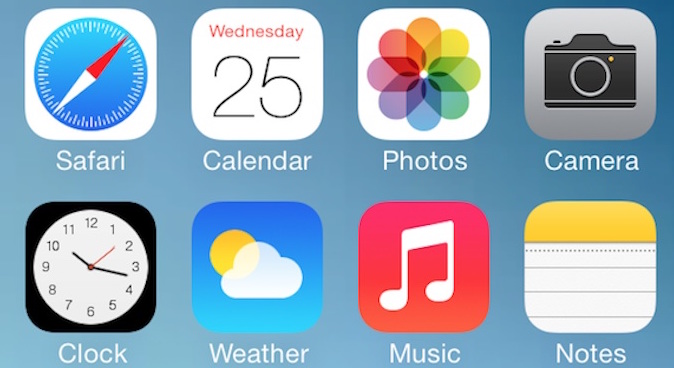 Don’t force registration upon your users

Some apps require a very thorough registration before you can even start using them or obtaining any kind of information from them. Ideally, you shouldn’t force your users to register. Or you should delay it as much as possible, at least. You can let your users register through social networks like Facebook. Or even offer them a trial period before they have to register.

Legibility and size of the elements

Both at the text level and at the icon or controls level within the app. Keep in mind that your app will be used on iPhones and iPads alike. The thing is that devices running on iOS are not always the same size. So, try not to include texts with very small letters or buttons that cannot be clicked easily. This actually applies to any app, even to Android apps. All iOS interaction takes place within the screen display; there are no additional buttons like Android’s back button. It follows naturally that we must include everything in the section’s design.

User-friendliness: Make sure your ‘go back’ buttons are descriptive

When designing the ‘go back’ buttons to navigate between the app’s sections, avoid having “Back” written on them. Including the name of the section to which the user will return will prove more efficient and user-friendly. If the button is placed in a section called “Settings”, the ‘go back’ button could read “Profile” if it leads the user to the latter, for instance.

User-friendliness: Remain within the bounds of a reasonable amount of interactions

I.e. don’t go too far as to features linked to interaction gestures. It’s best to avoid anything other than ‘tap’ and ‘slide’ unless your iOS app is a game.

Remember to maintain your brand image throughout your app. Avoid overindulging in animation and promotion, though. Try to focus on the app’s purpose and on what users have to do within the app.

There are many other suggestions to check and take into account in this page.

How to publish your app on Apple Store

The best bit comes next. One of the main differences of launching an iOS app compared to launching an Android app is the contrast between both when it comes to uploading the apps to the Stores. We can find some advice in Betabeers — a well-known Spanish developer forum — that will help us publish an app successfully in the App Store on our first attempt.

Make sure the app is free from bugs or errors before uploading it. Don’t test it on a simulator only. Download it and try it on actual devices. Try it on an iPhone and on an iPad alike. You may also resort to tools like Testflight to simplify this task in more complex apps.

2. Include more than one section

It’s worth knowing that Apple rejects apps deemed to be very simple. An app with WebView may be rejected by the store.

Using licensed images from your own company is one thing. That you can do. But it’s a completely different thing to include resources like images, logos, etc., that have been copyrighted by other companies. Like Disney or Coca-Cola, for instance. Apple may reject your app for this reason.

4. Ensure your app’s compatibility with other versions

If you use APIs from a higher iOS version, designate the minimum version applicable or use compatible classes. This will be especially the case if you are using elements from versions newer than iOS 6. In such case, you will have to make them compatible with iOS 5.

5. No betas or ‘lite’ versions

Apple will only validate the app’s final versions and will reject trial versions. Upload your app with its definitive name if you don’t want it to be rejected.

According to Miguel Camps Orteza, if an “app makes use of external data from third parties it may fail at some point, become unstable and shut down. You must create an intermediate API to be able to change the way you collect or process data at any time. Hence, every time you introduce changes to the app you will not have to send a new version to App Store and wait for 7 days, exposing your app to the possibility of being rejected.”

You cannot use third-party services if you want to sell products or services through your app. Apple specifies this in its terms and conditions. Any sales carried out within the app must go through Apple.

If you want to inquire further about Apple’s rules, you can check Apple’s guidelines for apps. But, generally speaking, it’s all about testing the app thoroughly and making it unique. Apple seeks applications that are properly developed and offer solutions to the user. The company doesn’t want its store to become teeming with useless apps.

I hope this article helps you with optimising your iOS app and developing it properly so that it gets published on Apple Store!