In today’s article, we want to hear the views on this matter from one of the most important players in Spain’s mobile app development industry. It’s Manel Simon‘s turn to speak up. Manel is both a developer and the CEO at Manduka Games, a Spanish company devoted to game development.

It’s very easy for Manel to talk about games. We also seized the moment and asked him about the role of wearables in mobile applications and games. Manduka Games has been taking advantage of the possibilities offered by this intimate relationship ever since a year ago. We talk about wearable gaming.

“Overall, cross-platform games are those being developed the most”, tells us, Manel Simon. “However, casual games such as Candy Crush are obtaining very good results; in Manduka we are focusing on them.” Experience is telling us all that these are the games that succeed. Good examples of this are the late Flappy Bird or the game for mobile devices “La Fallereta“, of which we have already spoken on our blog. 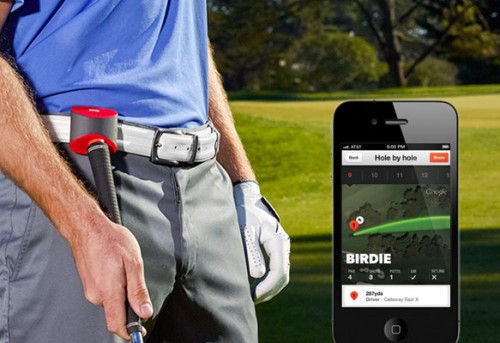 It’s common to find mobile app development teams committed to creating games with Unity3D for mobile devices. The same happens within the wearable gaming industry. From Manduka Games, Manel Simon emphasises on other tools: “We use a wide range of platforms and develop games with Cocos2X − a well-known tool − but also with Eclipse or Xcode.”

What is wearable gaming being developed for?

Not all mobile application projects or games are the same. In fact, it’s not the same to develop a game with a small budget − that probably doesn’t need to get adapted to wearables − than a big game commissioned by a large company. “It’s precisely large customers who are commissioning wearable gaming projects”, Simon tells us.

However, even though the rise of wearables makes it increasingly more common to find these devices in events or presentations, they still remain accessories that are being used by a very small percentage of mobile device users. So, at the end of the day, trends in mobile app development are not reflecting the actual use of these accessories. “In Manduka we’ve developed games for wearables for customers with large budgets. However, we’ve also done so internally, to get to know the extent of the possibilities they offer.”

What are the possibilities for mobile app development?

If we focus strictly on wearable gaming, not all accessories are just as good for gaming purposes. Manduka Games opts plainly for smartwatches and wristbands. Besides being wearables that are minimally invasive, they are also quite comfortable to wear and very reminiscent of the controls and accessories of traditional video game consoles.

Game developers are − in general, and also in the case of Manduka Game’s staff − gamers since they were very young, so they go beyond the developer’s point of view and are always trying to innovate also from the player’s perspective. They try to make wearable integration comfortable for the gamer and ensure it contributes further to the gaming experience.

“We are especially committed to accessories like clocks precisely because of their similarities with game controls and their capability to work as remote controls. In fact, when we use them they remind us quite a lot of the movements we make when playing Wii”, explains Manel Simon. 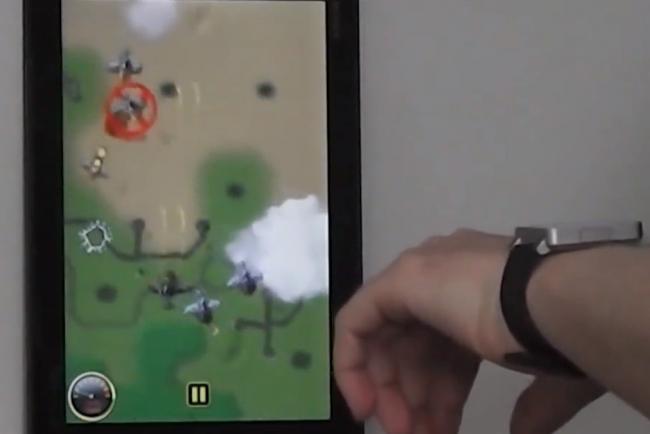 On the contrary to what we might initially think, “Google Glass cannot meet these requirements and cannot be incorporated as easily to the gaming experience”, he adds. Besides, there are also other glasses such as Oculus Rift that are much better prepared for gaming and whose capability and immersive experience is far superior to that which Google Glass could provide. The potential of this latter wearable lies in gamification more than in wearable gaming.

However, we end up embracing the following idea: “A wearable is always optional when developing a game. In other words, a game can be played perfectly without any wearable. It’s an element that’s not strictly necessary, but having it will contribute further to the gaming experience”, explains Manel Simon.

What industries are taking advantage of wearables?

Wearable gaming has been working for a while on how to match up mobile devices (mobile games) with the wearables boom. However, it’s not the only industry to notice the potential of wearables. Some of the app development industry’s players are beginning to develop mobile applications to exploit their advantages.

The healthcare industry seems to have staked a lot on the possibilities of this technology, and not only regarding diagnosis but also for medical procedures and training.

Wearables are also a recurrent option in the so-called ‘serious games’ − also known as training games. ‘Serious games’ is the term employed for games used by industries within sectors like defence, education, scientific exploration, healthcare, emergency reaction services, civic planning, engineering, religion and politics, whose purpose is neither to amuse nor to entertain.

However, entertainment industries are those taking the lead and making the most out of gamification for sports and healthy lifestyle mobile applications. The case of mobile applications for runners is especially prominent: some offer the possibility of connecting a FitBit bracelet − just to give an example of a wearable − to keep track of the statistics and data collected by the runner’s smartphone. The runner will then be able to read such information comfortably on his wearable.

What’s the future of wearables?

Large development companies have dedicated time and effort to make their wearables known. However, to what extent will the use of wearables be present in our daily lives? “I personally think that wearables are a passing trend, something currently in fashion”, asserts Manel Simon. The opinions on this matter are polarised.

However, despite their many possible applications, it seems that − at present − the use of wearables will be rather sporadic and occasional. Simon, from Manduka Games, adds as well: “Its use will not be as immersive as we are led to believe. Thus, its potential lies much more heavily as a gamification tool”.