Toxic Origin is a game for mobile devices, and also one of Yeeply’s success stories.

Imagine a survival first person shooter game with original graphical style and design, on top of that imagine that it also seeks to convey a friendly message to contribute socially. This already exists: the app is called Toxic Origin. The brain child of this game is artist Javier Vico and the development was carried out by Yeeply.

Javier Vico is a game developer from Argentina who decided to create Toxic Origin, a mobile game. Javier Vico was searching for developers on Facebook to execute his idea, and he came across Yeeply’s platform.

After carefully analysing, he found Yeeply to be the ideal platform to hire a developer, as Argentina has a lot of restrictions, which makes it difficult to hire a programmer.

In Vico’s interview for our blog, he said that he puts his trust into Yeeply because it is intuitive, and is ‘tailored to the users needs, which provides excellent support’ on the platform.

Moving on, Toxic Origin is a FPS (First Person Shooter) survival style game for mobile platforms. Vico also added in his interview that ‘creating a game is pretty cool but also very complex”. The function in this game is not only seen as a commercial product but it can also convey messages socially.

The amount of quality Javier Vico has given to this application is on the level of a console game. In the short life Toxic Origin has already won a competition for Blackberry in Argentina in November and will be presented at the EVA (Exhibition game of Argentina). ‘It’s an independent game with lots of action’, says the interviewee, ‘which turns the game away from the competition by aesthetics, effects and gameplay it gives to the user’.

Toxic Origin is a free and open game. The business model is free to play, based on free products when downloading and installing the game, however this may require a payment for new products or additional supplements. This game will be available for Google Play, Apple Store and Blackberry World. 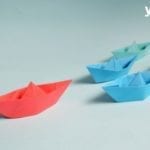 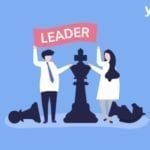 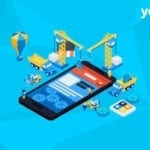 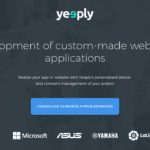 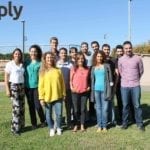