Home » Trends & Skills » What's a Bitcoin and how will cryptocurrencies change mobile payments?

In my last blog I wrote about blockchain tecnology. One of the most well-known uses of blockchain is to run the distributed ledger that regulates bitcoin, the first decentralised online digital currency.

What is a Bitcoin?

So many of us use electronic systems to spend and receive money. It feels like all of us are using some form of digital payment system. Bitcoin is a completely digital currency. There are no bitcoin notes or coins. Users buy products or services with their bitcoin. The use an online wallet to transfer bitcoin from one user wallet to another.

But bitcoin is different from when we use our banking app to send a payment. No bank or government guarantees or regulates the currency. It exists on a ledger that is decentralised and public. Making it hard to hack or manipulate.

How and why did bitcoin became so famous?

Launched in 2009, bitcoin was invented by a programmer, or group of programmers. They are known only by the anonymous name Satoshi Nakamoto. Current estimates by the University of Cambridge suggest that between 2.9 to 5.8 million unique users used a cryptocurrency wallet in 2016, with the majority of these being bitcoin.

As well as becoming the first cryptocurrency to be used so widely, bitcoin has become well known as early adopters of the currency often became bitcoin millionaires through mining the currency.

To begin with it was easy to ‘mine’ bitcoin. This is the process where users would allow their computer’s CPU to be used to assist with creating records for bitcoin using blockchain. Thanks to this the system consistent and means it can’t be altered.

In exchange for helping by mining bitcoin, users were rewarded with a share of the inflation of the currency. Essentially they are paid in bitcoin. Today, as the currency has grown, mining needs far more power and individual users aren’t able to earn these rewards so easily.

As well as mining their way to millions we often hear stories like Kristoffer Koch, who forgot about a $27 investment in the currency and found he now had bitcoin worth over $800k!

How does bitcoin affect mobile payments?

If you are creating a product, mobile app or service that is available online then it is likely that you’ve wondered whether you should be accepting bitcoin as payment. It is clear that bitcoin has already impacted mobile payments and will continue to do so. Caleb Chen, Director of Marketing at Private Internet Access, notes:

‘Bitcoin has turned mobile payments on their head by enabling those with access to a smartphone and the internet to interact with the entire world, even if they live in a third world country.’

This democratisation of currency is attractive to many, especially if your own national currency is volatile. It is also a good way to reach a new market. There people find themselves with access to digital currency for the first time. 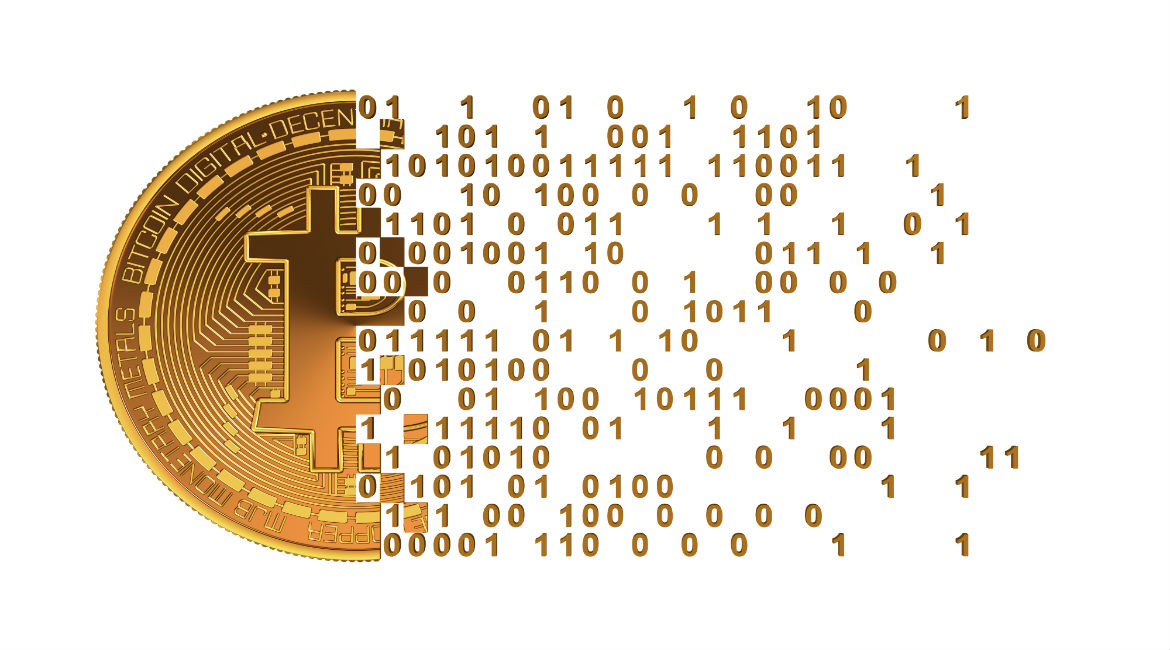 Bitcoin transactions are fast and there are no fees. This is attractive if you are doing business globally. One disadvantage of bitcoin, as Mang-Git Ng, Founder of Ledger, points out is that ‘Bitcoin although popular, provides some drawbacks when trying to interface the digital currency with existing real world currencies.’

As bitcoin is not tied to one country or market. So its value can go up and down quite sharply.

What is the future for Bitcoin?

The statistic that I used earlier from Cambridge University is, in fact, from a study.  The first Global Cryptocurrency Benchmarking Study, written by the Cambridge Centre for Alternative Finance and supported by Visa, is the first study of its kind to look at digital currency.

What is interesting about the study though might not even be what is written in it. Visa’s Innovation and Strategic Partnerships team support this study. This shows that Visa take alternative finance, like bitcoin, seriously. Whatever happens with the rise of digital currencies like bitcoin will affect their business greatly. When a leading payments company is taking bitcoin seriously, you know the future is worth looking out for.

But this doesn’t mean we will all be using online wallets and paying with bitcoin in the near future. Mang-Git Ng sees the future of bitcoin as dependent on a shift in the way we think about money.

‘For cryptocurrencies to really take off, I think there needs to be products that focus on bridging the gap between how users perceive money today, and how digital currencies like bitcoin actually operate’.

Lindsey Havens ,Senior Marketing Manager at PhishLabs, thinks that decentralised nature of bitcoin is in fact one of the barriers to wider adoption.

‘The future of bitcoin is somewhat elusive and it’s definitely still a far cry away from becoming mainstream. Many things plague the digital currency such as taxes and regulatory issues.’

That is certainly true. One of the advantages of a currency that is backed by a government is the built in regulation that comes with that. Bitcoin, on the other hand, is open source.

There hasn’t been much thought to how bitcoin might be regulated alongside other currencies. Germany has taken the step of recognising bitcoin as ‘private money’. This means it can count as income and taxed as part of a person’s income.